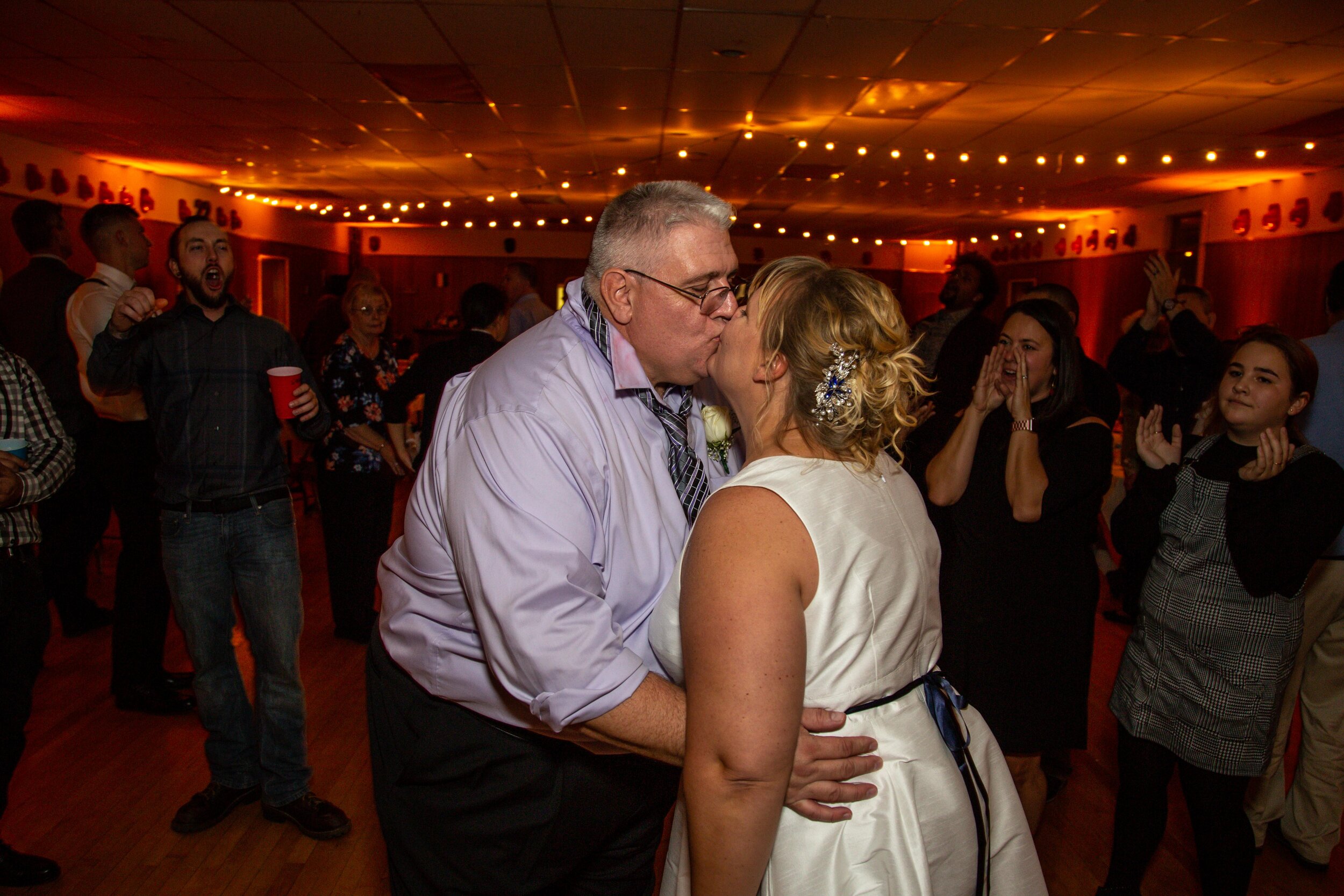 That’s how the best man ended his toast to Sarina—the bride and his mom—and I think it summed up this lighthearted fire department wedding really nicely. They told me up front that this would be a low-key wedding, but I couldn’t disagree more. Sarina and Rick were so fun and kind, and it showed by the company they kept. I don’t think the dancefloor was empty once the entire night (which is a testament to the talents of DJ Mike at Showoff Productions, a performance by the maid of honor, the food was out of this world (shoutout to Piggy’s Deli, and every guest had smiles practically plastered across their faces all night.

Some of the highlights for me had to include the antique (and still running) fire engine, the wedding cake’s otter cake toppers (the significance of which, according to the groom, was because he “otterly” loves his wife”), and the appearance and reappearance of a mildly creepy rabbit mask that made for some really entertaining memories.