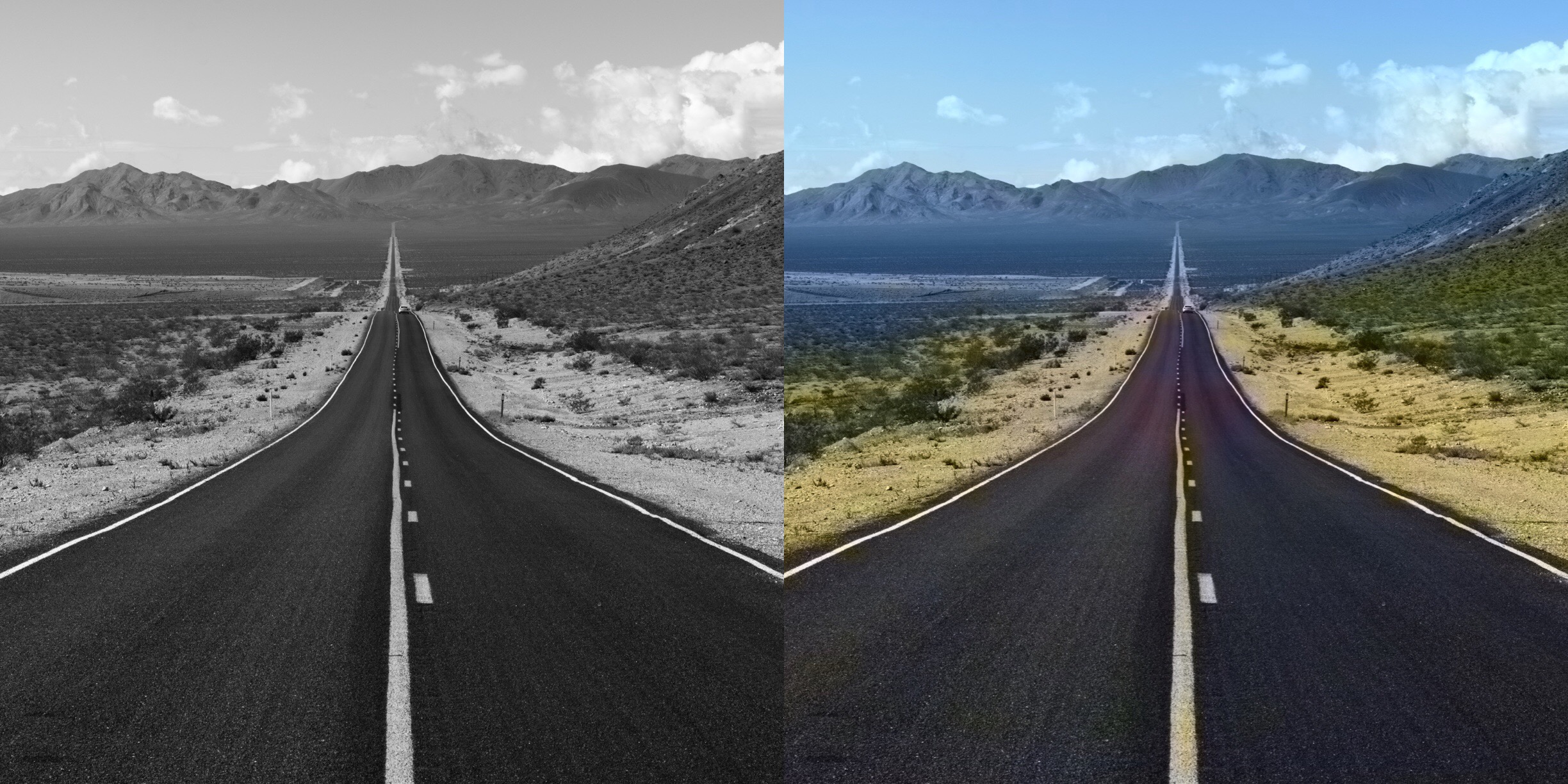 I’ll be honest: I full expected to download a virus when I found the Deep Color app on iOS. It was from an unknown developer, had no ratings, and I’ve always seen the inside of my head from rolling my eyes so hard at services that claim to “convert” black and white photos to color.

As I downloaded it, I thought to myself, "Cool, I'll get a new phone when this one inevitably gets fried or hacked." Then upon opening it, the app prompted me that it needed to download… something but didn't say what. "Cool," I thought again, "load that malware right on in." The icing on the cake was the misspelled (sic) "Data donwloaded successfully" message that I got when it was finished. I knew I probably had something really juicy that would send all my illicit camera roll photos to a third-world country. In case these pictures were actually being sent somewhere, I headed to Pixabay and downloaded some black and white stock photos and got to work

What I didn’t expect was to get honestly passable results. In truly a one-click manner, the app genuinely painted color onto the stock photo of a little girl holding a toy. I use that term specifically since it ended up looking a bit like a watercolor painting; there were patches of color here and there, with bits of grey still showing through. It was a neat effect, and about as much as I expected from an app that claimed to do this. But I pushed on.

Next, I tried an urban landscape. It was complicated in terms of detail, and figured I’d get some funny results. But the results ended up looking a lot better than my first attempt; it gave the city a warm, rich tone. It still looked like something out of one of those “turn your photo into a painting” apps, but looking back at the original photo, the clarity was turned way down. This was starting to become legitimate.

I tinkered through a few other subjects to see what it could handle and what it couldn’t. The photo of the cat didn’t do too well, leaving more grey than color, but an empty ballroom was flooded with a rich golden sunrise. A girl laying in a field was left with grey hair and the grass looked like it had generic green spilled onto it, and her skin looked like she was a borderline Simpsons character; Deep Color definitely seems to prefer yellow/gold colors.

Last, I figured I’d really see how silly the results could be if I tried something known for being black and white. I pulled some Ansel Adams shots from Google. Of course these wouldn’t be the original medium format photos, but I figured why not.

Out of the few that I tested, the results were… Honestly really pleasing. Stone, trees, sky, and water all had their appropriate colors and gradients, there wasn’t really any noticeable bleeding between them, and on my phone screen, they could have passed as a legitimate color photo if I didn’t know that I was looking at an AI composition.

Will this replace the tireless work that photo colorists do? Absolutely not. But is this a passable effect that could bring some new life to old family photos or social media posts? Maybe. And does my phone have any malware from this relatively unknown app? To be determined.