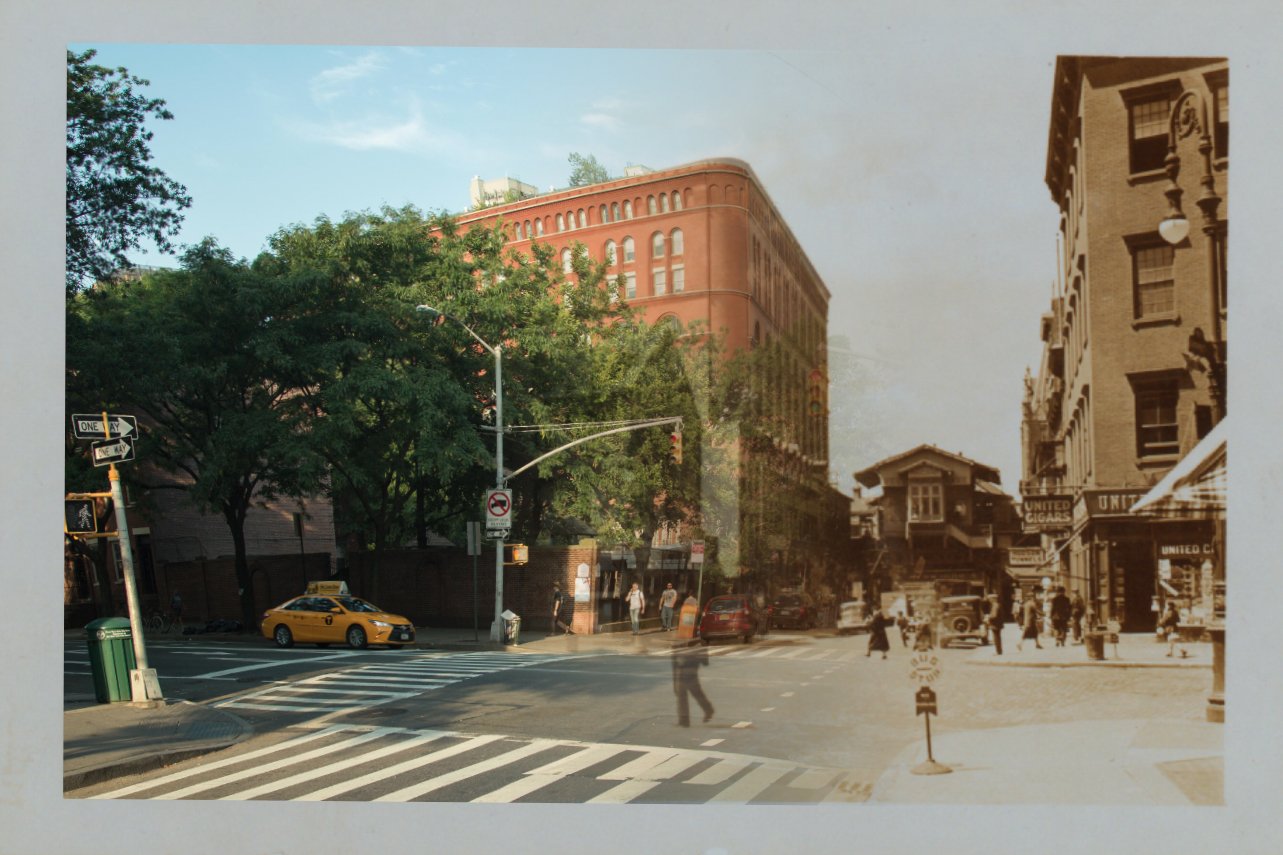 New York City’s West Village is an area I’ve spent a lot of time over the past few years, and it’s near and dear to my heart. Walking out of the Christopher Street PATH station in the morning, I’m almost always greeted by a sunrise that matches the neighborhood its in: warm and friendly. Here, we see the intersection of Hudson and Christopher Streets with the landmark 666 Greenwich Street in the background.

Back when the original photo was taken, “The Archive” as it’s now known, named for one of its past tenants, the National Archives, was a government building serving as a U.S. government warehouse. Converted to luxury apartments in 1988, the building now boasts a parking garage, a concierge and valet, and studio loft apartment rentals starting at just $4,700 per month.