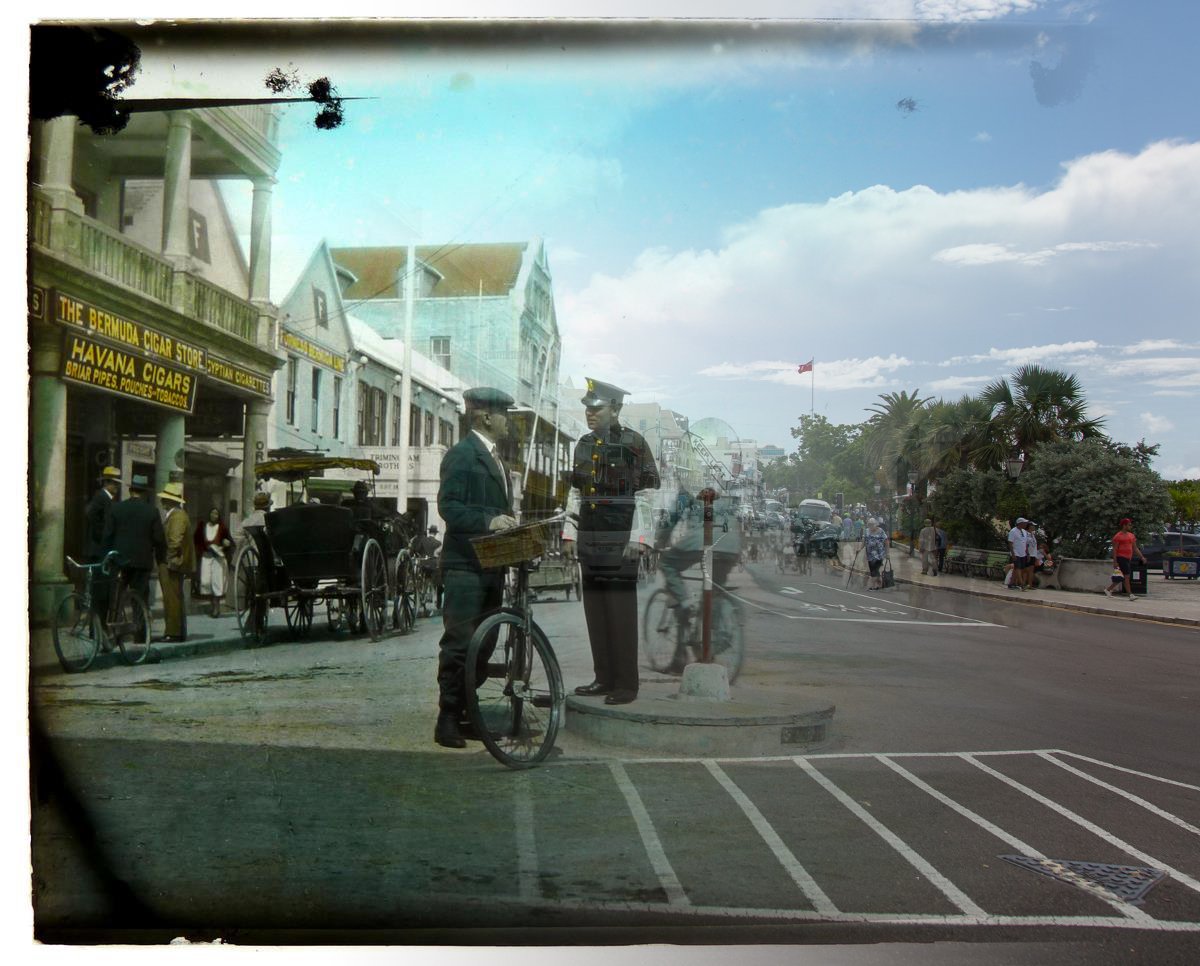 In the past, The Bermuda Cigar Store, “on the corner” was one of the first buildings geographically on Front Street in Hamilton, one of Bermuda’s three main ports. (Historically, well, Bermuda is way older than that.)

Unbelievably, the original photo has a bit more of a story than my recreation: When researching this project, I came across this photo, posted by Okinawa Soba (Rob) on Flickr, with an interesting comment that had been posted six years prior:

Wait, what!? I had to know more. Through the power of the internet, I was able to meet the Scott Amos who had left that comment all those years ago. The characteristically friendly, record-setting Bermudian freediver was happy to tell me more about his grandfather.

As it turns out, Inspector Alfred James Amos was the freaking man. No, really: According to his Obituary from the 1958 issue of Bermuda Police Magazine, he was very highly regarded by his peers and subordinates, and remembered for assisting and advising on both personal and professional matters.

He was also known throughout the city for his dog, who he adopted after finding it emaciated and abandoned on the street. Years later, the same dog was performing tricks at children’s parties and on television. Like I said… the freaking man.

Scott confirmed that the original slide photo from Flickr was likely taken around one of his grandfather’s earlier years on the police force, just before he was promoted from Constable to Inspector.

Below, (then) Constable Amos and the cyclist are standing in front of what would become today’s Gosling Brothers Limited, one of Bermuda’s longest-standing businesses. If you’ve traveled to Bermuda and sampled the “Dark ‘N Stormy®” adult beverage, you’re tasting a Goslings products.