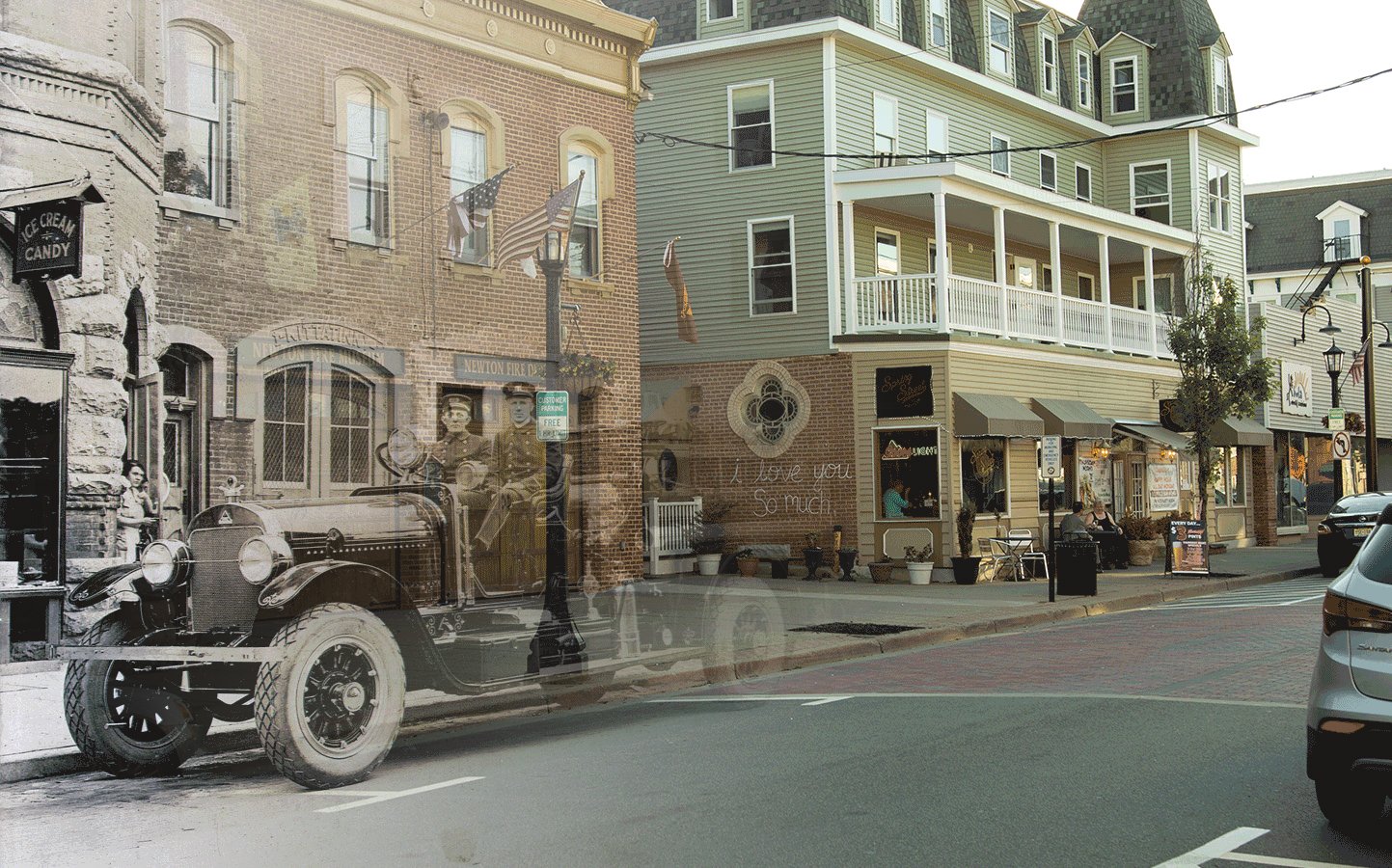 Built in 1891, the Spring Street Firehouse was erected after the town’s last major fire twenty years prior proved to be more than its then-current company could handle.

Presently, the now-monikered Newton Fire Museum has had a bit of a tumultuous relationship with the town, but as one might expect from a fire fighting-related organization, it remains on the offensive.

Original photo: Courtesy of Newton Fire Museum. Photographer and date unknown, but based on context, it was taken in the late 1940s or early 1950s.
Recent photo: Dan Schenker, June, 2017