Lester Schenker: Man of the Year 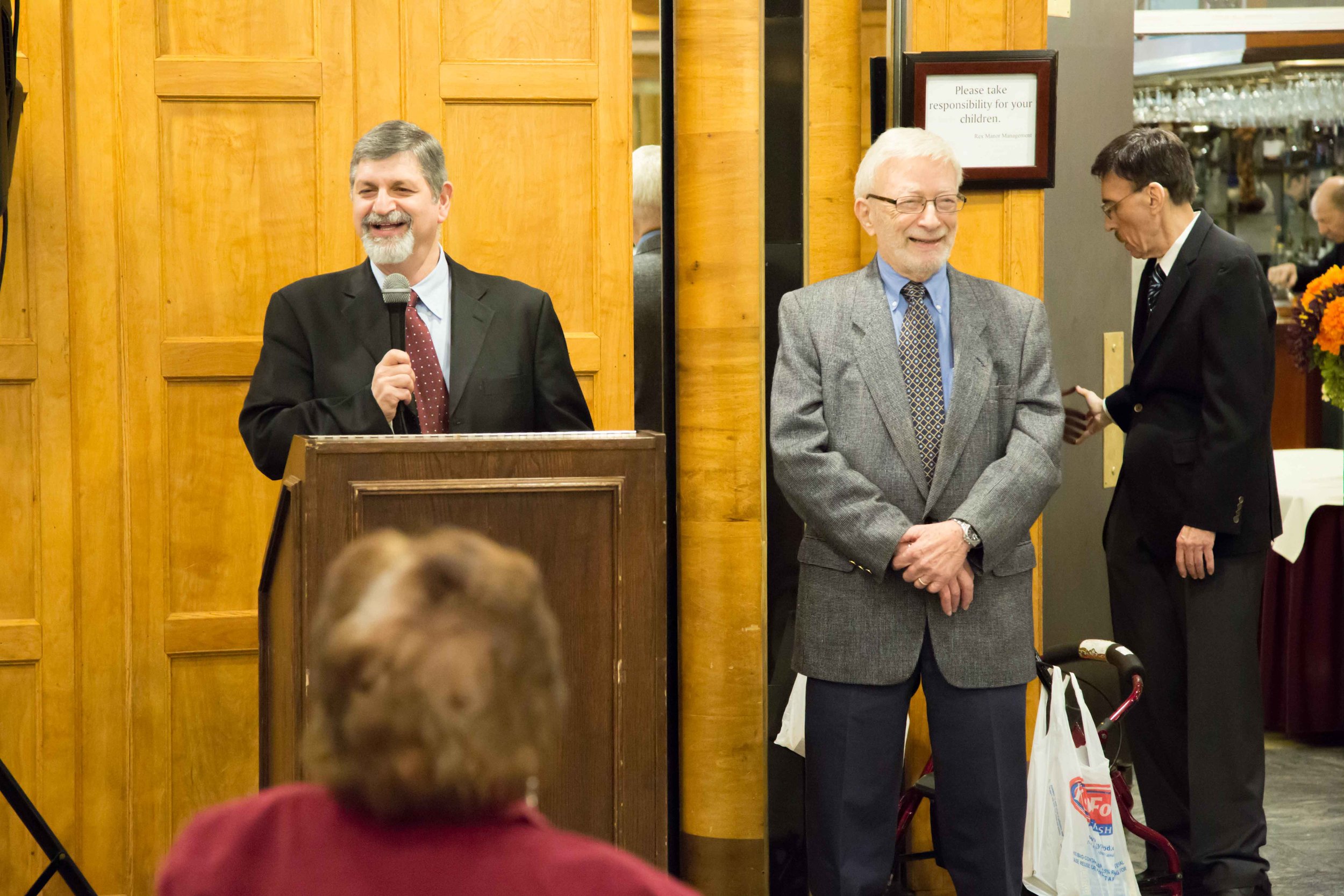 My paternal grandfather was presented this month with the highest honor of his temple, Man of the Year, at a stately ceremony in Brooklyn, NY. Les Schenker, or Poppa as I know him, was lauded by long-time friends and family, with pleasantries and wisecracks, both of which he was acknowledged to be known for as well.

Lester is a veteran of World War II, having been an airplane mechanic in the (then) Army Air Corps based in Washington, D.C.

A veteran of the screw industry (which ended up being the target of many of his covert roasters), he still at almost 90-years-old volunteers at a local airfield, repairing and restoring historic aircrafts.