Eyes and Ears: The Songs of Photography 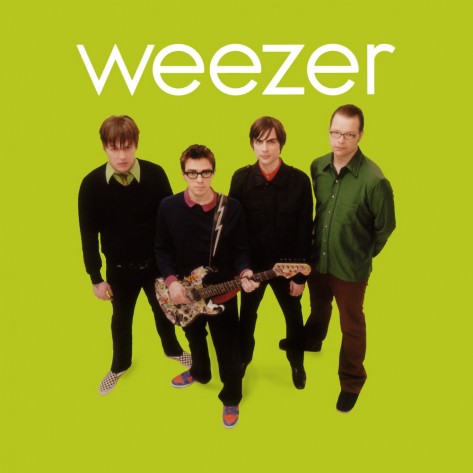 Note: The following article incorporates embedded Spotify track links. If you don’t have a Spotify account, you may not be able to listen to the tracks directly in this post, but I’d still suggest you find them elsewhere!

On any given day, a quick Google search will result in numerous lists and collections of “songs about photography.” I swear, if I see one more list that begins with Nickelback’s “Photograph,” I’m probably going to launch a petition against the Internet. Yes, the entire Internet. For the most part, these lists include any and every mention of words like “camera,” “photograph,” “shutter,” “flash,” or something similar. I took it upon myself to weed through these lists and do my own research on what truly made a song related to photography. Also, I’d like to mention that plenty of great tracks didn’t make it onto the list you’re about to read (notably artists like Ringo Starr and Santana; sorry Lady Gaga), so I’d love for you to leave a comment with some your favorites.

Let’s jump right in with the first song, an old favorite of mine. I used to listen it on my RCA Lyra mp3 player on the bus to junior high school before I even had the slightest interest in photography. This song, proudly residing on Weezer’s classic “Green Album,” is “Photograph.”

The next track sounds like something right out of an indie movie soundtrack (or the background music in a commercial for some mainstream tech product), but you’ll find it difficult not to smile when you listen to its bubbly synth hooks. The lyrics are slightly more obscure than Weezer’s, but it has “photograph” in the title and I made the rules, so I’m counting this one. It’s called “Urban Photograph,” by the band Urban Cone.

Three songs in and I’m already on a song about Photoshop? Well, that was bound to happen. Unfortunately for the guys in Everything Everything, it sounds like their chiptune-laced jam “Photoshop Handsome” is about a horribly botched post-processing job. The lyrics “What have you done with my father / Why does he look like a carving” bring me back to the days when I played the with clarity slider like a trombone. Oof.

This next one’s a throwback to all you Paul Simon fans out there.  Whether or not you knew “Kodachrome” was about film (although I would hope you could assume so from the lyrics “I got a Nikon camera / I love to take a photograph / So Mama, don’t take my Kodachrome away”), you’ll find this to be one of the more common tracks on all the “songs about photography” lists.

Oh Geddy Lee… Only you can take a song about something completely unrelated, then still tie it back to photography. “The Camera Eye,” by Rush starts out with some potentially foreboding shutter clicks, only to be followed by three minutes of instrumental introduction. If you’ve got ten minutes to spare, give this one a listen.

Keeping the 80′s alive, Judas Priest is the band behind this next track. “Electric Eye” gingerly walks the line of face-melting metal and voyeurism, but it covers photography nonetheless. “Always in focus / You can’t feel my stare / I zoom into you / You don’t know I’m there.” I mean, come on.

I’ve found about as many interpretations of Spoon’s “I Turn My Camera On” as I’d care to shake a stick at, but luckily, this one speaks for itself. Moving on.

This song is relatively new to me, but I love its simplicity. It begins with a quaint four-chord guitar progression, followed shortly by a sweet xylophone riff. Seriously, how many songs use those nowadays? Anyway, this song is lyrically one of the most relevant in the “songs about photography” category. “Click, Click, Click, Click,” by Bishop Allen is about a wedding crasher at face value, but it’s a fun listen!

“Nikon Camera” by Redcast doesn’t seem to have anything to do with photography. Next! But seriously, the upbeat strums and folky vocals make this a great song to drive to — especially when they command the listener to “Go off and see the world with your Nikon camera!”

The electropop duo that is (sic) the bird and the bee really don’t want their photo taken. I really have to wonder what drastic event caused them to name this song “I Hate Camera.” The chorus begins with a deceptively sweet plea, “Don’t take my picture,” that quickly gains some bite by the end.


My parents will be proud of this one. Having been raised on the Eagles and bands of that era, I was no stranger to “Camera” by Crosby, Stills, and Nash. The lyrics really paint a poetic story (how many mediums am I talking about here?) about a character who is looking for a greater meaning in life. The lyrics are incredible, metaphorically comparing the act of taking a photo to slicing time with a knife.

I wish, I were a camera
And I could slice time like a knife
Seeing stories in the faces
And crystallizing life

So cool. Here you go!

It seems as if the guys and girls in the band Rabbit! also want to be a camera (in their song, also titled “Camera”), but instead of searching for some grand subject like the guys in CSR, they’d rather focus (seriously, no pun intended) on “all the small and subtle stuff.” This track is loaded photography references, so this one’s for you keen listeners out there. How many can you find?

If video had actually killed the radio star, that would explain the “shutter-ingly” dramatic (see what I did there?) disco ballad from The Buggles, “I Am a Camera.” I’m guessing that they had a bit of trouble getting their point across, so they opted to chant “I am a cam-er-a” over and over throughout this song.

Nina Gordon’s track, “Number One Camera” has admittedly become a guilty pleasure of mine. From the beginning, it sounds like a single from any other pop-rock starlet in the 90′s, but upon listening more closely to the lyrics, the listener can hear Nina delve into her past. The lyric “I remember you in Polaroid,” speaks of preserving the memory of someone with a photo.

“Camera Camera,” by Renaissance seems like it would be an acquired taste. It is. If I needed to place it into a genre, I’d probably have to go with “Rock Opera TV Show Themes,” but of course, it still qualifies for my list. Next!

If you personally know Wild Man Fischer, please please contact me and tell me that “I Got a Camera” is a joke. Please. To clarify, I’m in no position to judge anyone’s musical ability and I’m certainly not an authority on style or creativity, but I genuinely don’t have anything else to say about this track. Listen for yourself.

I should apologize in advance for this one, but I’m not going to. Take that! This horrible repetitive song, “Camera Click,” will far-too-quickly morph into an earworm and crawl around in your head for hours. I understand that this song was intended for children, but I don’t care. To the people in the group Mother Goose Time, I’m sure you’re all upstanding citizens, but I hate you for this.

Julia Sheer, the representing country artist on this list, reminisces in “The Photograph” about how a photo preserves her memories. It seems as though she and Nina Gordon may have taken the same photo… Anyway, it’s a nice track, but it’s a little sad. Insert sad face here.

Directly contrasting the mood of the previous track is the upbeat Summer anthem “Cameras” by Matt & Kim. Although it doesn’t seem to have too much to do with photography, it’s a really fun listen. Enjoy!

Holding down the last spot (but certainly not least — that’s what you’re supposed to say, right?) on my list of photo songs is “Camera” by Edda Magnason. When I embarked on this heroes quest to compile a list of songs that I might actually listen to, I had never heard this track before. Little did I know that 3 minutes and 39 seconds later, I would be hitting repeat in my Spotify app. Magnason’s song, for all intents and purposes, transcends genres with her quirky sound. Incorporating elements of jazz, polka, smooth French pop, eastern chord progressions, and even elements reminiscent of a dream sequence and jungle sounds! Wait, what? Luckily, the song’s only lyric, “Have you seen the world in that one million camera,” completely applies to such an eclectic mashup of musical styles.


I hope you’ve enjoyed listening through this list as much as I did creating it. Did I miss any songs related to photography? Let me know in the comments.